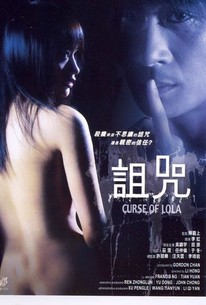 When the star of China's most anticipated musical is brutally slain on opening night and an introverted understudy is quickly cast to take her place, the mayhem that follows leads the shy young replacement begins to believe that a curse has been cast over the production in director Li Hong's stage-bound frightener. Everyone wants the role of Lola, but it was the beautiful young Tian (Tian Yuan) who landed the role when the original actress fell prey to a mysterious killer. Haunted by the traumas of her childhood and isolated from her fellow actors, Tian seeks comfort in the strong arms of her boyfriend, a lowly gaffer named Zhen (Francis Ng). The sadistic killer isn't finished yet though, and as the bodies start to pile up, Tian begins to suspect that the killer may know more about her than she previously suspected.

There are no critic reviews yet for Zu zhou (Curse of Lola). Keep checking Rotten Tomatoes for updates!

There are no featured audience reviews yet. Click the link below to see what others say about Zu zhou (Curse of Lola)!