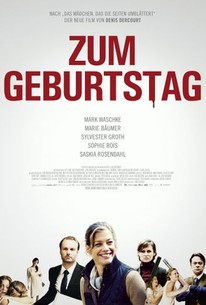 During the early 1980s in East Germany, Paul, on his 16th birthday, signs a pact with his friend Georg, who is moving to another city: Paul can go out with Georg's girlfriend Anna, provided that Paul returns the favor if Georg requests it at some later date. 30 years later, Paul is living happily with Anna and their two children. But suddenly Georg reappears as the new head of the department where Paul works. Does Georg's return indicate an intent to resume the decades old agreement?

There are no critic reviews yet for Zum Geburtstag. Keep checking Rotten Tomatoes for updates!

There are no featured reviews for Zum Geburtstag at this time.