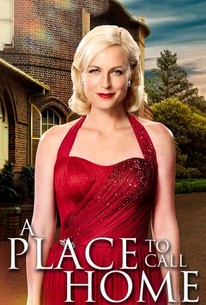 In Series 4 of this drama, the Bligh family are affected by two contrasting social issues in 1954. The first is the anti-communist wave that was generated by the Reds Under the Beds scare surrounding The Petrov Affair. The second, the wave of liberal change that opened up new social and moral choices. Marta Dusseldorp, Noni Hazlehurst, Brett Climo and Craig Hall star.

Critic Reviews for A Place to Call Home: Season 4

It's rare that a series increasingly packed, as this one is, with intricate new plot twists and themes, succeeds in sustaining its tension and polish.

Audience Reviews for A Place to Call Home: Season 4

There are no featured audience reviews yet. Click the link below to see what others say about A Place to Call Home: Season 4!

Discuss A Place to Call Home on our TV talk forum!