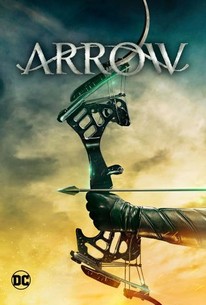 Critics Consensus: No stranger to dramatic twists and turns, season five of Arrow continues to introduce new villains and surprise viewers despite some inconsistency.

Critic Consensus: No stranger to dramatic twists and turns, season five of Arrow continues to introduce new villains and surprise viewers despite some inconsistency.

In Season 5, the lives of the "Arrow" team have spiraled out of control after the loss of Laurel (Katie Cassidy). Oliver (Stephen Amell) is encouraged by Felicity (Emily Bett Rickards) to find a new team after Diggle (David Ramsey) rejoins the Army and Thea (Willa Holland) refuses to work with him. With Thea running the Mayor's Office alone as Oliver has his focus elsewhere, she appoints Quentin (Paul Blackthorne) deputy mayor. As the powerful Prometheus targets the Green Arrow, Oliver relents and brings Rene "Wild Dog" Ramirez (Rick Gonzalez), Evelyn Sharp (Madison McLaughlin), Rory "Ragman" Regan (Joe Dinicol) and Curtis (Echo Kellum) into the fold. The new team struggles with trust issues, but with a final addition of Tina Boland (Juliana Harkavy) they find their momentum and focus on bringing down Prometheus before he can destroy both the Green Arrow and Oliver. Episode 8 is part of the crossover event with sister shows "Supergirl," "Flash" and "Legends of Tomorrow."

Grant Gustin
as The Flash

15 TV Shows You Should Binge-Watch This October
2017 Fall TV Premiere Dates
New On DVD This Week: Wonder Woman, The Big Sick, and More

Legacy The Recruits A Matter of Trust Penance Human Target So It Begins Vigilante Invasion! What We Leave Behind Who Are You?

Season 5 is currently sitting in the middle overall for me, better than the last two seasons easily, but not as good as the first two.

[This show] got back on track lately and is again delivering solid dramatic adaptations of action-driven superhero stories.

The most important accomplishment of the most recent season of Arrow was its return to grounded, personal storytelling similar to that which made the first two seasons such quality viewing.

Arrow went out with a bang tonight in an emotional finale that brought years of storytelling to a close.

Good grief, was Season 5 not the time for Arrow to end with a cliffhanger.

Yet a deeper look at the episodes implies that the writers threw every ball they could think of into the air and tried like hell to catch them all before the final episode.

With new allies and new villains, Arrow manages to return to its roots while moving forward in a way that will have you itching for more ahead of the show's sixth season premiering this October.

All in all, this was a pretty solid season opener.

Arrow continues to follow trends in this genre of superheroes and vigilante justice instead of setting them but season five has begun in a place that feels refreshing.

Season 5 manages to do something positive with its flashbacks, if you can believe it, with a wig for Oliver that doesn't look like it has its own dark powers. A strong start to what feels like it will be a much more grounded season.