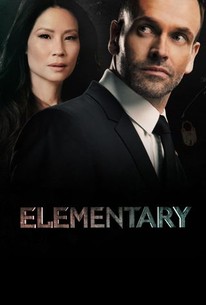 In the sixth season of "Elementary," Sherlock Holmes (Jonny Lee Miller) discovers he has post-concussion syndrome. He keeps the information on the down-low, but Joan Watson (Lucy Liu) and Tommy Gregson (Aidan Quinn) find out anyway. Gregson benches Holmes from the 11th Precinct as a result. With his current health situation and after discovering the truth behind Mycroft's (Rhys Ifan) disappearance, Holmes takes comfort from Michael (Desmond Harrington), a new friend that Holmes met at one of his NA meetings. When a serial killer begins dropping women on the streets of New York, Holmes and Watson scramble to catch the culprit, not knowing that the culprit is someone close. "Elementary" also stars Jon Michael Hill as Detective Marcus Bell. The show also features guest appearances by Ato Essandoh as Alfredo, Liza J. Bennett as Hannah Gregson, Rich Sommer as Harlan Emple, Freda Foh Shen as Mary Watson, and John Noble as Morland Holmes.

Jordan Gelber
as ME Hawes

Lukas Hassel
as The Dutchman

Will Blum
as Melville

[I]t's impressive that both stars can still come up with the goods in such a long-established series.

The heart of the show is the way the characters riff off each other, throwing around ideas and running down clues.

It's encouraging to see that Elementary has been able to solve 'the Moriarty problem' - with a seventh season on the way, it's a great position for the show to be in.

Elementary becomes not just the story of a brilliant man solving convoluted crimes, but, more importantly, one about the day-by-day process of recovery.

It's a nice change of pace.

We'll always have Joan Watson, and she makes everything better.

We got a new twist this time.

Will this show ever stand up and be counted among the best Sherlock productions ever? Probably not. But it sure is going where other Sherlocks are afraid to step.

Let's hope the peripherals fall into line around it over the season; this arc will require all the slow stubborn broad-shouldered strength this show has to spare.

Sherlock Holmes comes up against one of the most sinister and villainous criminals of his career in Season 6 of Elementary. After being asked to look into a missing persons case for a fellow narcotics anonymous member named Michael, Sherlock discovers that Michael is the killer and is committing murders to test Sherlock's wits. Meanwhile, Watson works toward become an adoptive parent and Det. Bell begins qualifying for the marshal service. Desmond Harrington joins the cast as a recurring character and does a good job at playing Sherlock's nemesis. And a few other interesting guest stars also stop by. A couple of story threads from previous seasons are touched on, such as Sherlock's father's takeover of Moriarty's organization, but for the most part the season keeps to self-contained cases-of-the-week. Yet the season finale delivers one of the most far-reaching, show altering twist endings of the series. Elementary's sixth season is remarkably entertaining and is full of intriguing mysteries.