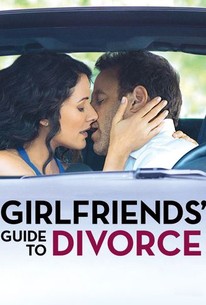 In the third season of "Girlfriends' Guide to Divorce," Abby (Lisa Edelstein) gets fired from her job writing for SheShe and uses her newfound free time supporting her son Charlie's (Dylan Schombing) baseball games. There she meets Mike Brady (James Lesure), the coach of Charlie's team. Barbara (Retta) struggles with taking on Abby's assignments in SheShe. Phoebe (Beau Garrett) adjusts to a downgraded lifestyle after her ex-husband stops paying alimony following her wedding to JD (Aaron Staton). Delia (Necar Zadegan) faces the fallout of her own wedding disaster, while Jo (Alanna Ubach) discovers that her boyfriend Scott (Will Kemp) has up and gone and her ex-husband Rob (Maury Sterling) has lied about the true extent of his alcohol problem. The show also stars Paul Adelstein as Jake Novak, Julianna Guill as Becca Riley, Matthew Glave as Gordon Beech, and Brian Markinson as Albert.

Will Kemp
as Scott

Girlfriends' Guide to Divorce is back and more relevant than ever. It's sexy, powerful, emotional and funny and reminds us why females form such strong, unrelenting bonds with each other.

There are no featured audience reviews yet. Click the link below to see what others say about Girlfriends' Guide to Divorce: Season 3!

Discuss Girlfriends' Guide to Divorce on our TV talk forum!