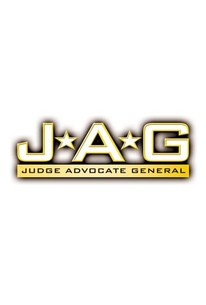 A popular military drama about cases tried by Judge Advocate General (JAG) lawyers is not strictly courtroom-bound as its stars often take to the field to investigate. The series premiered on NBC in September 1995, but its audience built steadily after it moved to CBS in January 1997, a move that executive producer Donald P. Bellisario says allowed for 'more mix of courtroom [and] personal stories.' The series spun off 'NCIS.'

Bill O'Reilly
as Himself

Ponderous, preachy, and, in spite of all the important-sounding world-stage action, deadly dull. What's in it that is so stultifying is almost like some black TV magic, an ingredient in the pixels that saps viewer energy.

There are no featured audience reviews yet. Click the link below to see what others say about JAG: Season 8!