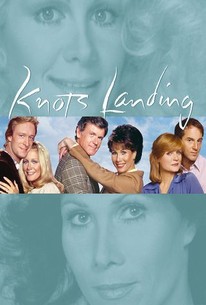 A new clan of Ewings hits the air---and the sheets---in this `Dallas' spin-off set on a cul-de-sac in Southern California and centering on the exploits of recovering alcoholic Gary Ewing (brother of J.R.), his wife and their friends---and enemies. The hugely successful drama outlasted all other nighttime soaps of the '80s, running for 14 seasons. Trivia note: Even though Bobby Ewing's death (famously) turned out to be only a dream on `Dallas,' he remained dead in the `Knots Landing' universe.

Kathleen Noone
as Claudia Whittaker

Return Engagement Blind Side God's Will Dead But Not Buried What If? You Can Call Me Nick Do Not Attempt to Remove The Best Laid Plans Side by Side The Lady or the Tiger

This is the 12th season for this Dalas spinoff, and it's probably got enough energy and momentum to stay on the air once Dallas disappears.