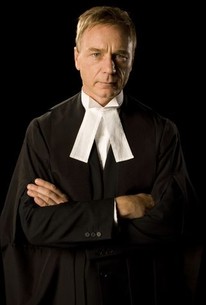 The British version of the long-running U.S. procedural crime-drama invites you to follow the work of two separate yet equally important law enforcement groups. In the Metropolitan Police's Murder Investigation Unit, DS Ronnie Brooks and DS Matt Devlin investigate London's law-breakers. With cases including the murder of an ex-vice squad officer, an arson attack and a nine-year-old skeleton found in a shallow grave. It's then up to the Crown Prosecution Service's James Steel and Alesha Phillips to ensure the culprits are brought to justice.

Jessica Gunning
as Angela
View All

The show retains its source's appeal and should attract longtime fans who might enjoy a rerun with new flavor, as well as nonfans who prefer their mysteries with British accents and vocabulary.

The writing is as crisp as Brooks' perfect raincoat, and the partners share a father-son chemistry unseen elsewhere in the franchise.

Law & Order: UK continues to be one of the more satisfying spin-offs the franchise has spawned.

Fans of good crime dramas definitely won't disappointed, and L&O fans will enjoy seeing how their favorite episodes have been given a British twist.

For the truly addicted [watchers], it will always be a paler, politer, well-bred echo of the Real Thing, better left on the side of the Atlantic where it originated.

Aside from a few head-scratcher terms, lawyers and judges wearing white wigs while in court and occasionally impenetrable accents, Law & Order: UK should be remarkably familiar to fans of the original series.

Many of the prosecutors wear crazy wigs. Those Brits! Always so wacky! So maybe that will be enough.

Accents (and a few updates) aside, this is one exported L&O that plays as if it never left.

Watching Law & Order: U.K. reminded me why I fell for this series in the first place.

There are no featured audience reviews yet. Click the link below to see what others say about Law & Order: UK: Season 1!