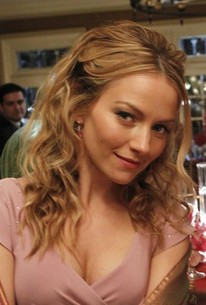 The anthology series from the fertile mind of writer-producer Cindy Chupack ("Sex and the City") features loosely connected tales about modern romance, a la "Love, American Style," that come from the orbit of several recurring characters: effervescent yet love-challenged Annie (Becki Newton) and married couple Colleen and Judd (Constance Zimmer, Greg Grunberg). In one episode, for instance, Krysten Ritter plays a friend of Annie's who tries to attract a guy by claiming to be chaste. In other outings, another gal pal (Michelle Trachtenberg) of Annie's moves in with her beau...only to be greeted by bed bugs; and Judd's niece (Vanessa Marano) turns to him for help with a delicate matter. Other guest stars include Adam Baldwin, Beau Bridges, Frances Conroy, Jennifer Love Hewitt, Cheryl Hines, Laura Prepon and Jeffrey Tambor.

Jennifer Love Hewitt
as Herself

Even if Love Bites' frustrating "anthology" format worked, an entire hour is way too long, and there's a surprising lack of laughs for that much screen time.

Although I generally like the vast majority of the actors featured here... there isn't enough charm in the world to sell me on these particular tales.

There are no featured audience reviews yet. Click the link below to see what others say about Love Bites: Season 1!