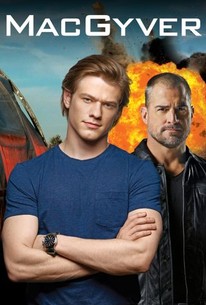 Mac (Lucas Till) has left the Phoenix Foundation and is happily living in a remote Nigerian village. His idyllic life, however, gets interrupted when his father James (Tate Donovan) asks his help to find Jack Dalton (George Eads) in Belarus. The events in Belarus convince Mac to return to the team, but Jack has his own misgivings. Desi Nguyen (Levy Tran) joins the team, and she and Mac hit it off. Bozer (Justin Hires) asks Leanna (Reign Edwards) to move in with him, while Riley's (Tristin Mays) relationship with Billy Colton (Lance Gross) is on the rocks. A mission forces Matty (Meredith Eaton) to reveal sensitive information about her personal life. Murdoc (David Dastmalchian) asks a favor from Mac and the team. William Baldwin also stars as Elwood Davis. Guest stars for "MacGyver" Season 3 include Peter Weller, Brendan Hines, and Michael Des Barres.

Lucas Till
as Angus "Mac" MacGyver

Sean C. Michael
as The Ghost

Justin Torrence
as Brad
View All

If the rest of Season 3 is even remotely as good as this first episode, then we're in for a real treat.

There are no featured audience reviews yet. Click the link below to see what others say about MacGyver: Season 3!