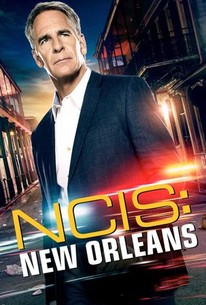 In Series 3, FBI Agent Tammy Gregorio (Vanessa Ferlito) is assigned to the team when their past activities fall under investigation. But when a spot opens up for her in New Orleans as they bring down a cartel, she has second thoughts about reporting back to Washington. Elsewhere, LaSalle's (Lucas Black) ex-girlfriend shows up with a big surprise that drives a wedge between him and Percy (Shalita Grant), Loretta (CCH Pounder) worries about Danny's (Christopher Meyer) future, and Pride (Scott Bakula) pushes to bring down the Mayor (Steven Weber). Meanwhile, Sebastian (Rob Kerkovich) is kidnapped and forced to help a serial killer escape, which makes him rethink his future with NCIS. Episode 14 concludes a crossover with parent show "NCIS" guest starring Mark Harmon, Sean Murray and Wilmer Valderrama.

Brandon Fobbs
as Captain Will Dorsey

Will Jackson
as Frank

David A Cole
as SWAT Sniper

I expect that NCIS will once again be operating in the Big Easy.

There are no featured audience reviews yet. Click the link below to see what others say about NCIS: New Orleans: Season 3!