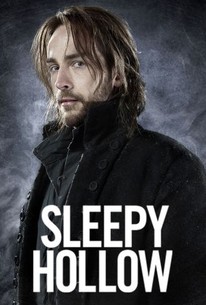 Critics Consensus: Despite its overstuffed plot, Sleepy Hollow is a fun romp with exciting action scenes and sparkling production values.

Critic Consensus: Despite its overstuffed plot, Sleepy Hollow is a fun romp with exciting action scenes and sparkling production values.

In this update of Washington Irving's classic tale, Ichabod Crane (Tom Mison) wakes up in the 21st century but finds his 18th-century nemesis, the Headless Horseman, has also come along for the ride. After a local sheriff (Clancy Brown) is killed, Crane teams up with Det. Abbie Mills (Nicole Beharie) to sort out the mystery and its historical implications, though her supervisor, Capt. Frank Irving (Orlando Jones) is skeptical of all the supernatural shenanigans. And as Series 1 unfolds, these otherworldly events include encounters with menacing demons, frightening explorations of purgatory and impending visits by the Four Horsemen of the Apocalypse. Also starring Lyndie Greenwood, Katia Winter, John Noble and John Cho.

You have one of the most complex and mixed-up and irritating mythology soufflés ever to be delivered in a single pilot.

Nothing scary here, but Hollow is fun enough, and promising enough, too.

Whatever befalls its denizens, Sleepy Hollow gets off to a better and more "believable" start than anticipated.

This series deserves at least one view and maybe some return visits.

Sleepy Hollow is gluttonous and over-the-top in all the best ways.

Sleepy Hollow tries to bring too much to the table: and more so, what it brings to the table isn't interesting.

The mash-up of police procedural and supernatural paranoid thriller should be fun, but instead it's just confused-you can't even find the plot for all the holes.

It's a fun show, it's a clever show, and I can't wait for season two.

While this show certainly seems (and is) quite cheesy, not to mention a bit gory and violent, the conceit and the sure-to-be compelling chemistry between the two leads makes this show promising.

Deborah Krieger
I on the Arts
View All Critic Reviews (50)

A fun but kinda dumb take on the Sleepy Hollow saga, this series lives through the awesome chemistry between the two leads and by thankfully not taking itself seriously at all. Still, there's a lot of convoluted stories and waaay too many flashbacks/miraculous clues being discovered out of the blue in every episode, it gets ridiculous at times and ridiculous is good when you're throwing bonkers monster stuff at us. Fortunently, Sleepy Hollow has plenty of the later to compensate its shortcomings.