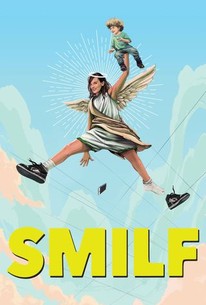 Stephen Stapinski
as Man with Dog

Logan Taylor
as Barry
View All

Season 2 needs to refocus a few of its stories - or better yet, tie them all together.

A great improvement, with some of the warmth and cohesion that were missing.

[SMILF] could have catapulted Shaw's career beyond the independent circuit. [Full review in Spanish]

One of the best shows on television you're not watching and currently doing Atlanta's version of social surrealism for single struggling moms.

The sophomore season looks to be an upgrade from the first.

Britton is not in every episode, but I wish she were; she brings tremendous depth to a character that could easily have been a one-dimensional joke.

It is an unusually inventive, challenging, empathetic and funny show about some of the more marginalised people in society just might be.

It is raw, angry and disturbingly at peace with the perversity inside the main character's head.

For all its faults, SMILF reminds you that sometimes you just have to laugh along with life's sick sense of humor.

There are no featured audience reviews yet. Click the link below to see what others say about SMILF: Season 2!