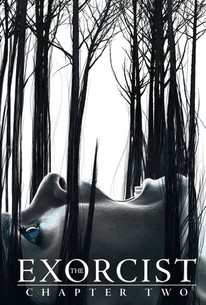 Critics Consensus: The Exorcist continues to haunt in a more confident second season, with an assured storyline and mastery over its demonic flourishes.

Critic Consensus: The Exorcist continues to haunt in a more confident second season, with an assured storyline and mastery over its demonic flourishes.

Season 2 of the horror series moves on from the disadventures of the Rance family to tackle a new battle against evil. Father Tomas Ortega (Alfonso Herrera) and Father Marcus Keane (Ben Daniels) try to exorcise Cindy (Zibby Allen), a woman who was possessed after a miscarriage, but this proves to be very dangerous for Marcus. Meanwhile, Andrew (John Cho), the foster parent of five troubled children, has to deal with the disappearance of Caleb (Hunter Dillon), a blind teenager who was behaving strangely, and Grace (Amélie Eve), his younger foster daughter who might have a connection to Cindy.

Colin Foo
as Chosen One

News & Interviews for The Exorcist: Season 2

View All The Exorcist: Season 2 News

Janus Safe As Houses Unclean One for Sorrow There but for the Grace of God, Go I Darling Nikki Help Me A Heaven of Hell Ritual & Repetition Unworthy

Critic Reviews for The Exorcist: Season 2

After a terrific (and terrifying) second season, Fox has left the show's fate hanging.

Season two begins similarly, but thanks to Mr. Cho's character and storyline The Exorcist shows promise.

... as Friday's Season 2 premiere reminds us, the devil is in the details.

Daniels is a magnetic screen presence, perfectly suited to this character where he is called to show courage, vulnerability and more than a dash of devil-may-care swagger.

By the time all of the season's threads converge, the show is firing on all cylinders.

... since it has plenty of time and room to keep exploring, it shouldn't lose its ambition altogether.

With the episode making virtually no reference to the Rance family of the first season, it truly becomes the story of the exorcists themselves.

The new season starts things off on the right foot, delivering a show that's much more confident about what it aims to be and how best to use its mix of action, suspense, and horror.

Audience Reviews for The Exorcist: Season 2

There are no featured audience reviews yet. Click the link below to see what others say about The Exorcist: Season 2!

Discuss The Exorcist on our TV talk forum!